A few nights ago Geoff and I watched the Oscar-winning movie “Lincoln.” We don’t watch many movies, and this blog certainly isn’t Rotten Tomatoes, but we do have opinions. He liked it, I didn’t. The movie was slow, the plotline full of political jargon, and watching it felt a lot like trying to get my sophomores excited about To Kill a Mockingbird. Waiting, waiting, hoping, waiting, and then…nothing.

I did, however, like the character of Lincoln. Maybe I should’ve already known this, but the man was a storyteller, and not just because he had a lot of cool things to talk about. It wasn’t what he said, but rather, the way he said it. There’s a difference between explaining and recreating, and Lincoln, in my humble opinion, mastered the latter. He spoke carefully, calculatingly, and purposefully. Every word out of his mouth had intent. Because of this, people listened. This is an enviable skill.

There was one thing he said that I particularly enjoyed. A short line, hardly noticeable, but I caught it and thought about it for the rest of the film. “What a joy,” he alleged, “to be comprehended.” Ah, and the English teacher swoons. Do you understand, people, how accurate this assertion is? The only thing I love more than the truth is the truth delivered in a one-sentence package.

In honor of Lincoln, I’ll try to keep this reflection short and sweet. It’s no secret that people are different. We look differently, we speak differently, we think differently. Thank goodness for this. I don’t know about you, but being surrounded by people exactly like me sounds miserable. Despite our differences, however, we all really want the same thing – to love and to be loved. To tell our story and to feel like somebody gets it, an invaluable reassurance that we’re not alone. We want to feel that our thoughts and actions have been understood, acknowledged, and accepted. We want, in the words of Lincoln, to be comprehended. Nothing more, nothing less.

Don’t believe me? Look no further than Facebook. The social networking site isn’t appealing because of its ever-changing layout and cryptic privacy settings; it’s appealing because it’s the ultimate form of self-validation. We aren’t constantly posting pictures and updating our status for giggles. We’re doing it so that people can acknowledge and accept our experiences (“like” button, anyone?). Being comprehended feels good. It’s a reminder that we’re not alone and that people care about our existence.

Is it embarrassing to admit that, in order to feel our best, we need external confirmation? Maybe. Probably. But it is what it is. We’re social creatures, and we function better when we’re connected with our neighbor. What saves us from the humiliation is that we’re all guilty of it. 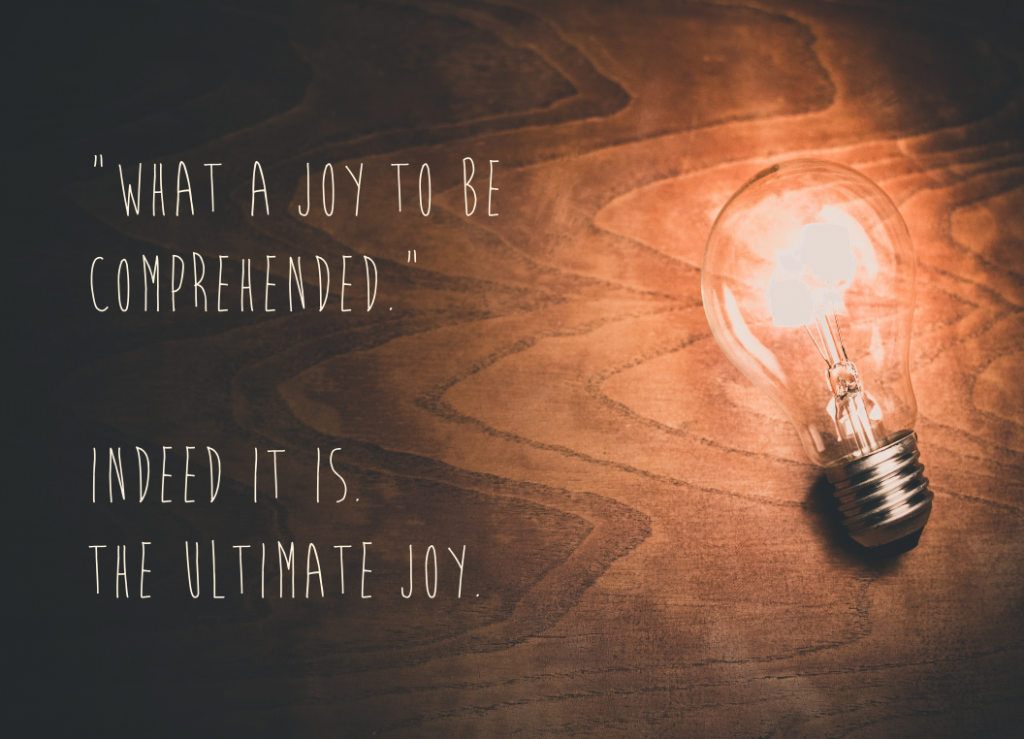